How Getting Laid Off Helped Me Start My Business

Getting laid off was one of the most challenging times in my life. But on the bright side, losing my job is what allowed me to start my own web design business. This blog post is full of inspiration and motivation on what you can do after a layoff to become an entrepreneur your own boss. 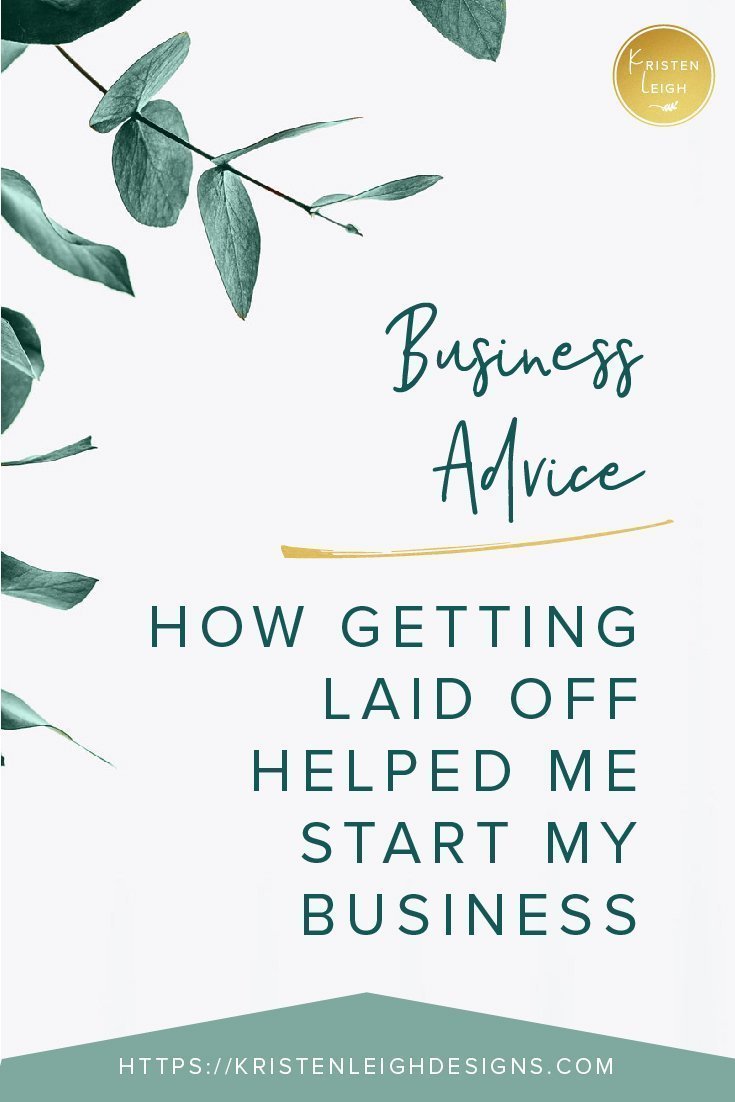 One minute I was sitting at my desk working and the next minute I was being walked out the door by HR. It was a thirty minute time span that I don’t think I’ll ever forget.

I worked for this company for 3 years. I found my people, a career path that I really enjoyed, and I had an amazing manager. No, I didn’t love the company but when you love your boss, the people you’re surrounded by, and you enjoy the work, it’s easier to overlook the flaws of a company as a whole. Plus, I made decent money and I had a clear path up the corporate ladder.

“We’re changing the job and making it more senior level…,”

“we wish there was a place for you here but we looked and couldn’t find anything…,”

Quite honestly, other than those few things and some nonsense about needing to make a decision right that moment (the moment I was being told I no longer had a job) about whether or not I wanted to sign the termination paperwork in order to get my severance package. I don’t remember a single thing that was said during those 30 minutes. Not. A. Thing.

I remember exactly how I felt though. My neck stiffened and I literally couldn’t move. All of this while trying to hold back the tears that were about to come pouring out of my eyes at any moment. I couldn’t bring myself to look at the HR manager or the lady who had been acting as my manager for the past couple of months.

So that’s what I did. I started painting all of the kitchen cabinets and I ordered the sparkliest white quartz countertops to be installed. And when the people came to install the countertops, one of the guys looked at the cabinets and said “These look really good… who did this?” ME! I did that! I painted those cabinets!

It was in that moment that I realized I can literally do anything I want to if I just put in the hard work.

Starting My Own Business

Starting my own business took a lot of hard work. I put in a lot of hours over eight months while working another job in corporate during the day and working on my business at night. I started signing on clients without knowing whether or not I would have enough hours in the week to finish everything. And then one day when I looked at the number of hours I would need to work and realized it would basically be like having two full time jobs, I took the leap and gave my two week notice.

Looking back, getting laid off from a company I thought I would be working for for years was the best thing that ever could have happened to me. It shifted my view on corporate and helped me see what real financial security and success looks like to me. Financial security doesn’t mean making $100k+ a year and success doesn’t mean climbing the corporate ladder or having enough money to buy an expensive home and car. I mean no, I won’t turn down six figures when I make it there in my business but I don’t need it to be happy. And in less than six months I’ll be trading in an apartment for an RV and a Vespa, and right now, that seems pretty damn successful to me.

So thank you to the company that laid me off. It was the best life-altering thing that has happened to me so far. 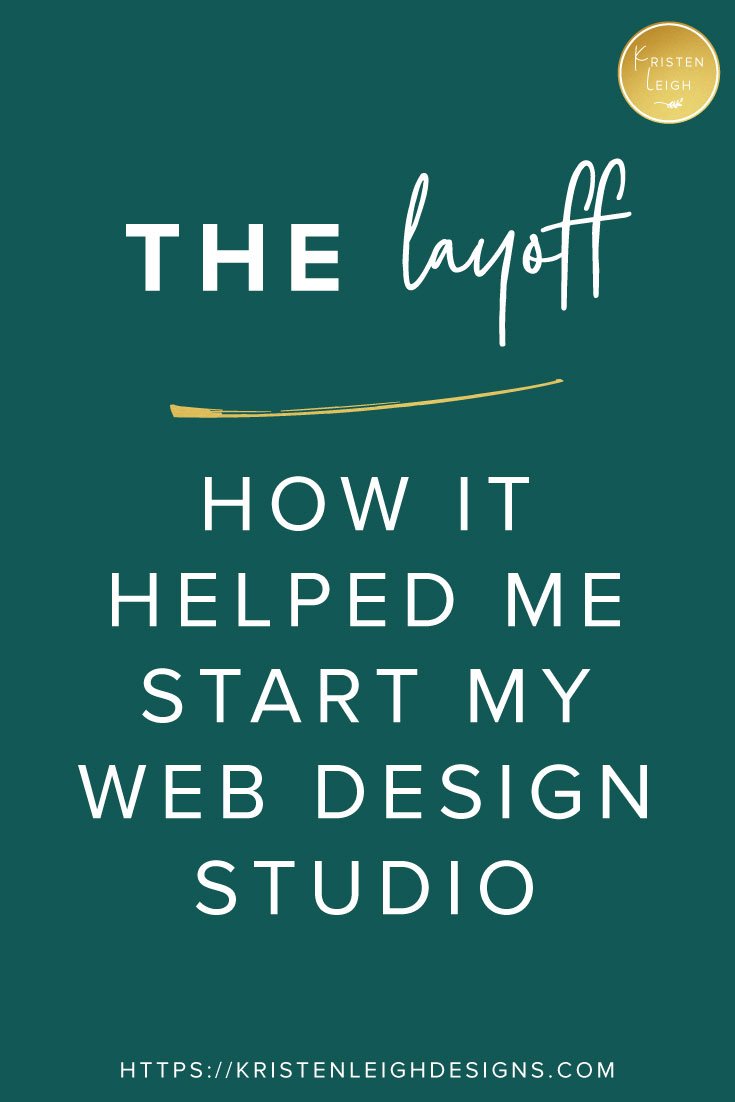 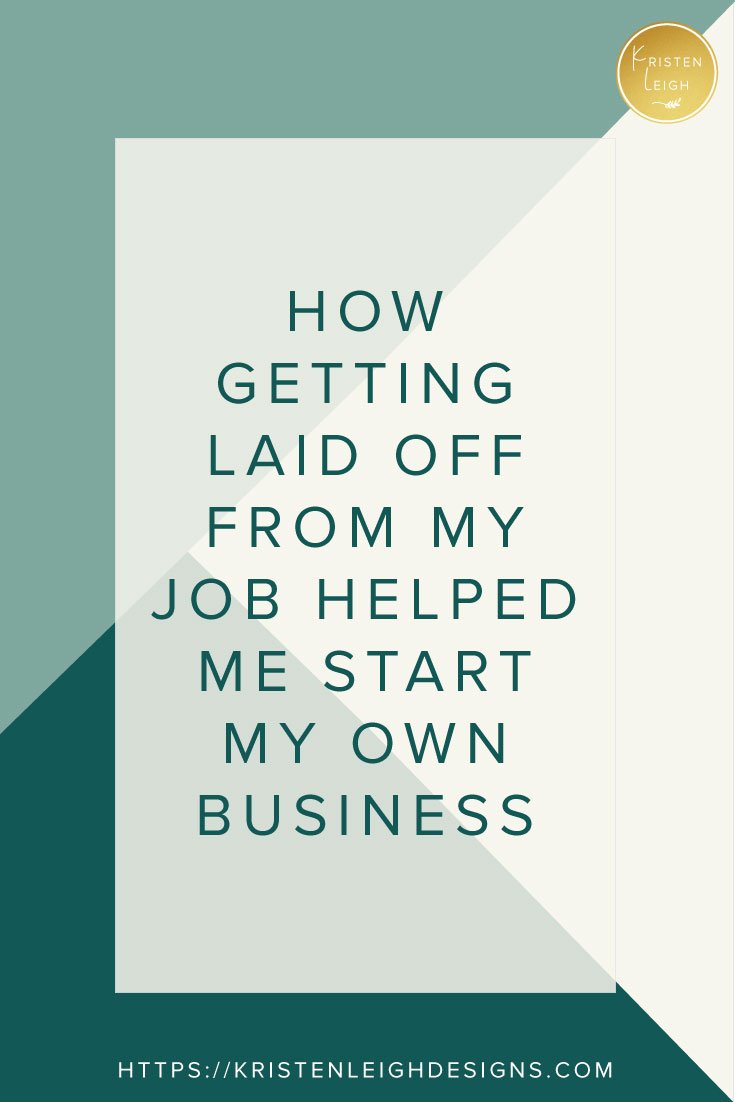 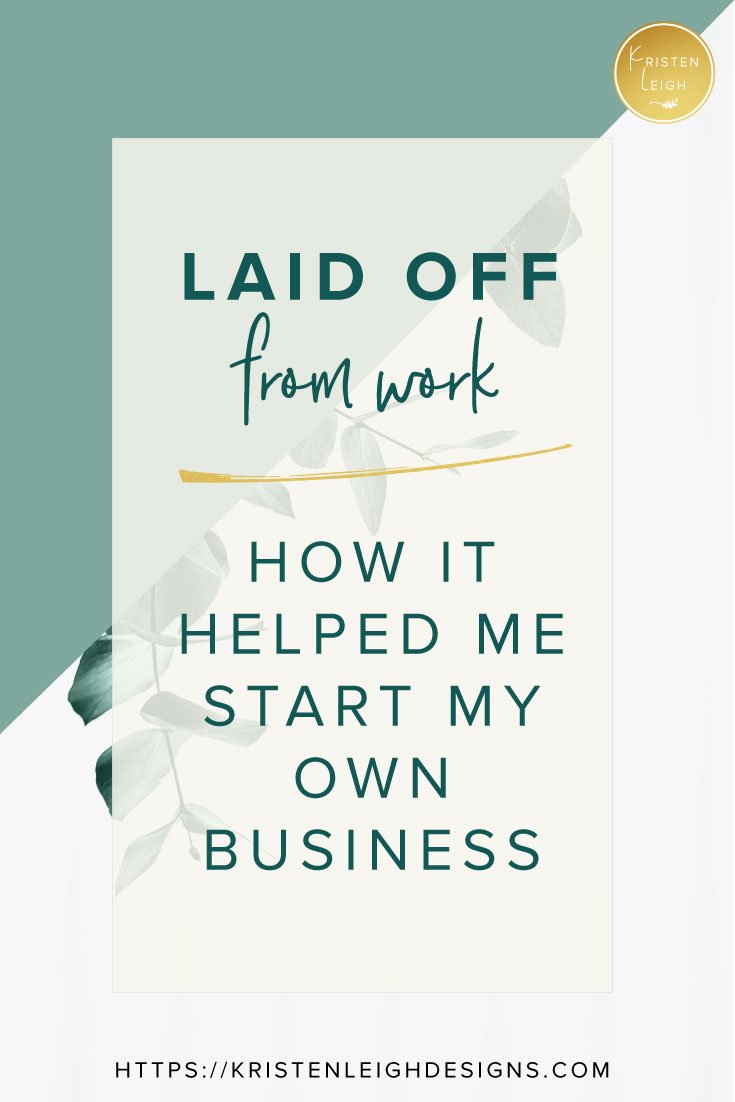 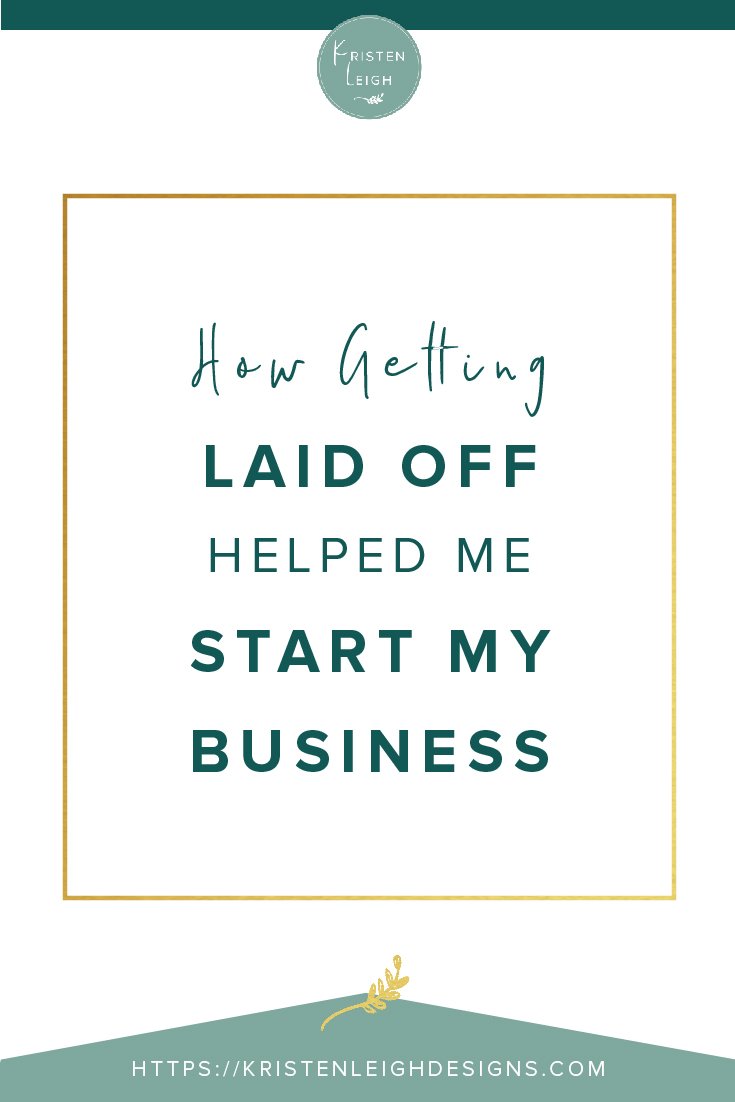 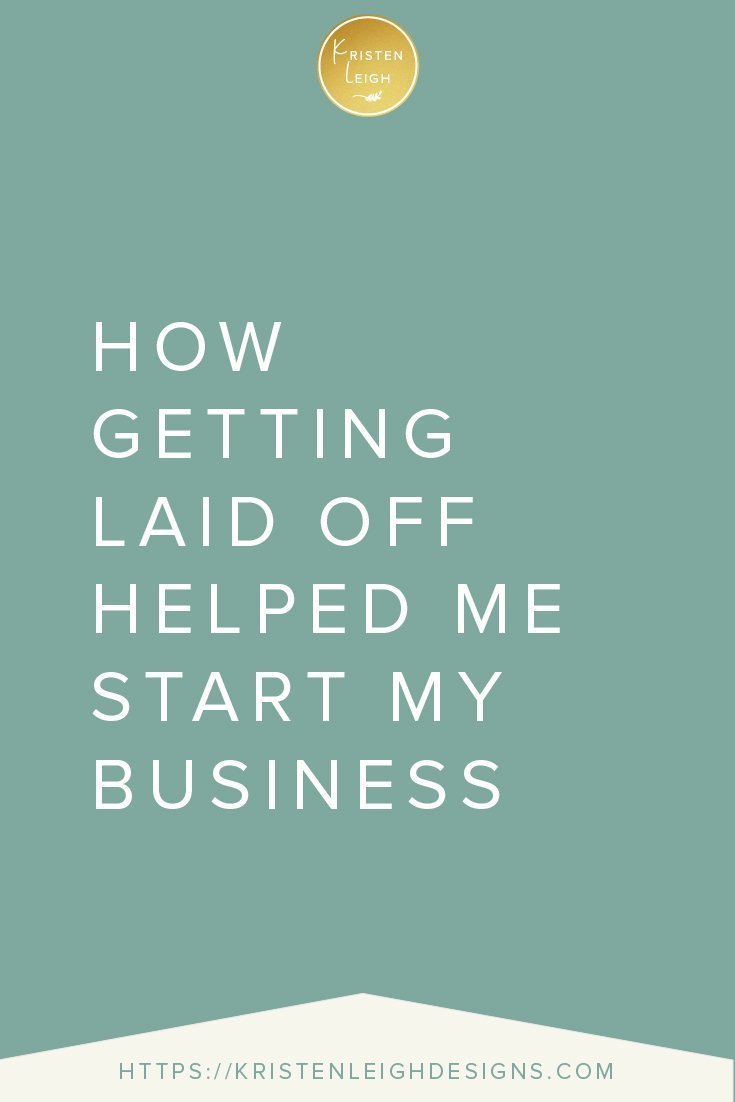 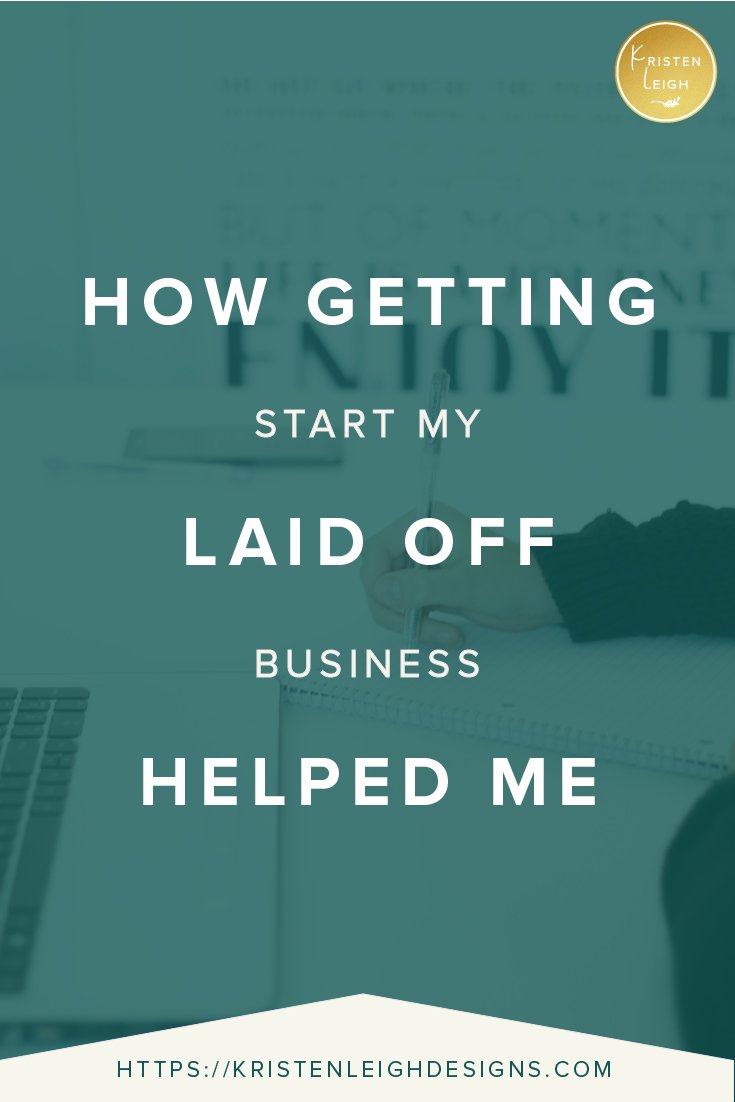 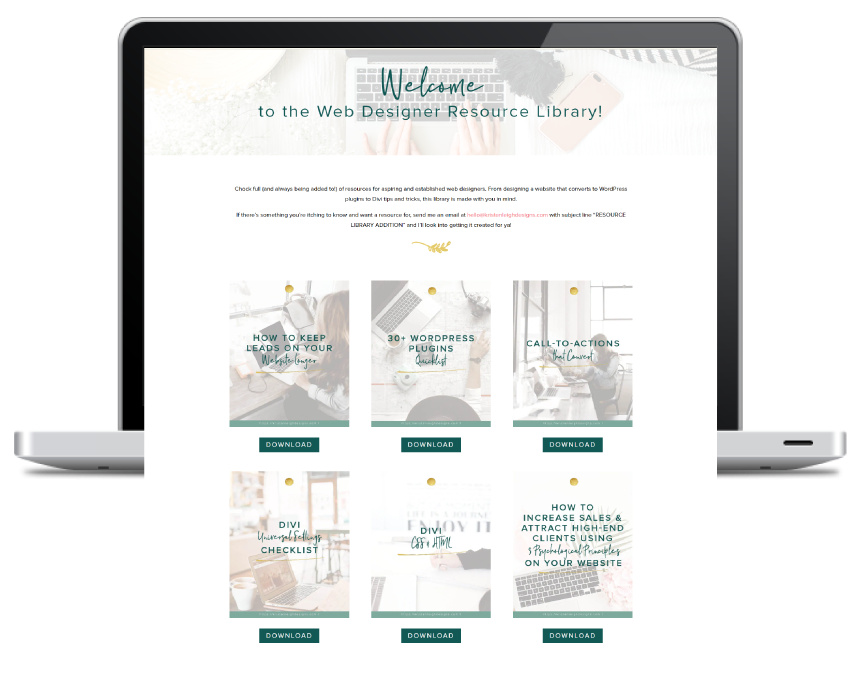 How to Choose a Name for Your Web Design Business, plus get instant access to 9+ resources to help you start and grow your web design business with ease! 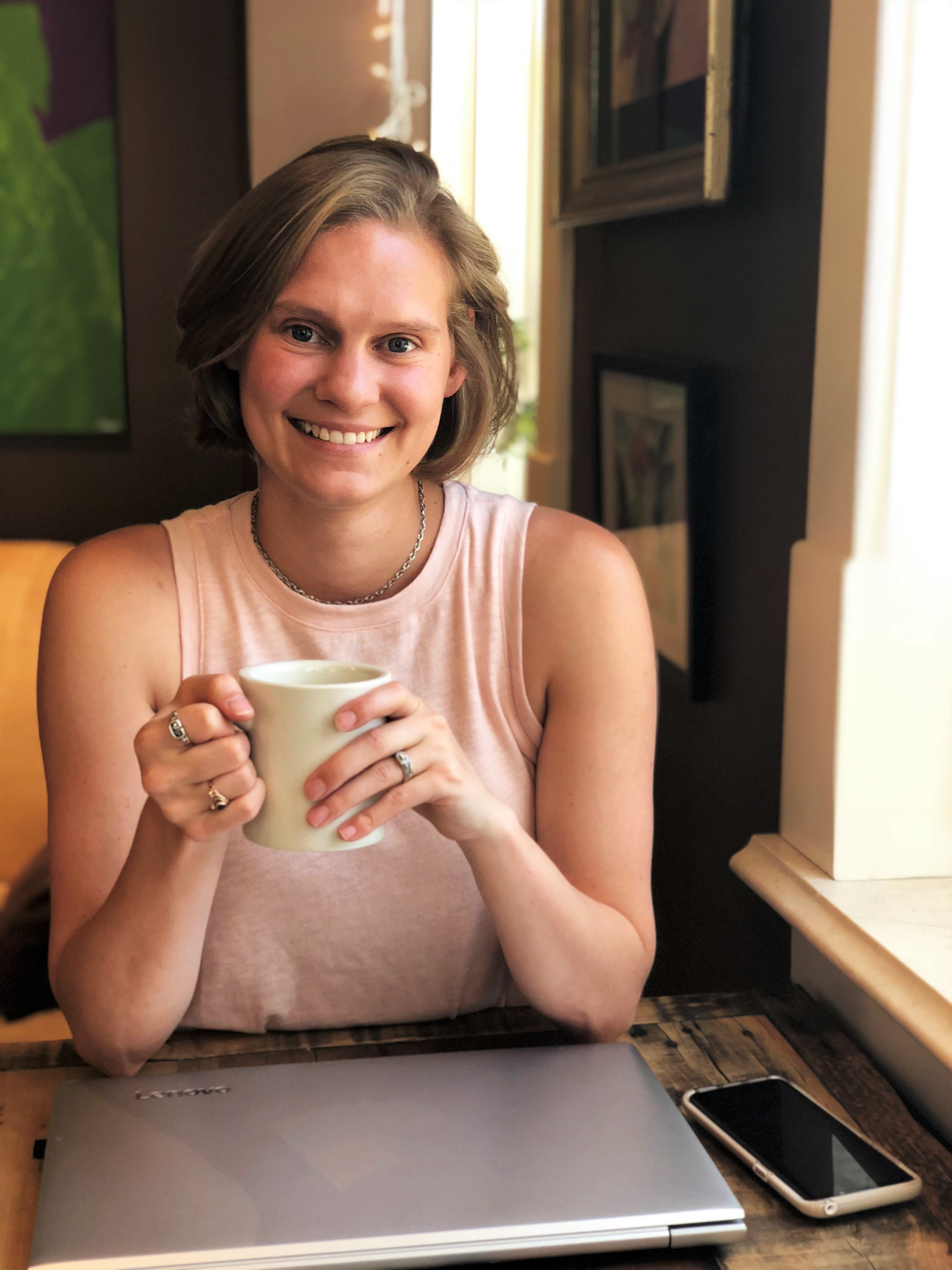